A meeting with the company will be held at the end of the performance on Friday 24 February.

c/o Out Off Theatre, via Mac Mahon 16

‘We know more about the surface of the moon than we do about the bottom of the ocean.’ This statement is often heard when talking about the deep sea. Worldwide, only 10 percent of the ocean floor has been mapped and explored. At a moment in history when the planet we live on seems to have been explored extensively, some places remain unstudied and untouched.

After their acclaimed performances Mining Stories and Pleasant Island, Silke Huysmans and Hannes Dereere present the final part of their trilogy on mining. This time, they focus on a completely new industry: deep sea mining. With resources on land becoming increasingly scarce and overexploited, mining companies turn towards the ocean. In the spring of 2021, three ships gather on a remote patch of the Pacific Ocean. One of them belongs to the Belgian dredging company Deme-Gsr. Four kilometres below the sea surface, their mining robot is scraping the seabed in search of metals. On another ship, an international team of marine biologists and geologists keep a close watch on the operation. A third ship completes the fleet: on board of the infamous Rainbow Warrior, Greenpeace activists protest against this potential future industry.

From their small apartment in Brussels, Silke and Hannes connect with the three ships through satellite. Each of the ships represents one pillar of the public debate: industry, science and activism. Through a series of interviews and conversations, an intimate portrait of this new industry emerges. The piece is an attempt to capture a potentially pivotal moment in the history of the earth. How much deeper can mining companies dig, and what are we as humankind actually digging towards? What are the challenges and risks? What opportunities potentially lay ahead?

The UN defines the green economy as a real perspective. A perspective for which a growth of income and employment are driven by investments whose goal is to reduce pollution, increase renewable energy, make resources more efficient and avoid the loss of biodiversity.

Climate change is a fact: the temperatures are increasing, the precipitation pattern is changing, the ice and snow are melting and the average sea level is rising globally.

Nonetheless the differences towards that science that Darwin referred to as “economy of nature” and that in 1866 was given the name of ecology, are still too many.

Although scientists tell us that we have entered in a so called time of “Anthropocene”, in which the terrestrial environment is strongly conditioned from the effects of human actions, we assist to a global schizophrenia. On one side political, social and economic forecasts are predicting devastating news about the planet’s future, supported by protectionist initiatives, nationalistic closures, and the discussion of the 2015 Paris agreements. On the other hand the birth of transnational movements are in favor of the environment, and new generations are aware of the risks and especially the development of economic investments in energetic camp that let us hope that the green economy will not only remain a dream.

23 October 2019
ČERNOBYL’: A CATASTROPHE, A POINT OF DEPARTURE AND AWARENESS.
[meeting] by Q Code Magazine 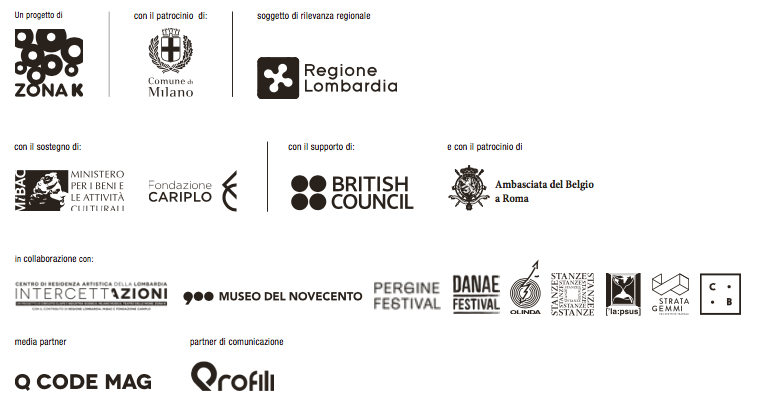