The City of Myths is a metropolitan poetic dream. It is a trilogy composed of three stories, Eracle, l’invisibile Filottete dimenticato e Medea per strada, which can be seen individually or in succession.

In these stories Medea, Eracle and Filottete are three heroes of the contemporary world. However, they are not heroes from above, they are not descendants, they are not children of gods. On the contrary, they are heroes of the margins, of the periphery, who speak to us of their real tragedies: prostitution, the fall into poverty and abandonment. Elena Cotugno and Gianpiero Borgia have worked on this trilogy for a long time together with many people: social workers, doctors, health workers and psychologists. They have come a long way with them, until the road began to work on them. The result is a trilogy of performances in which the mythical figures of Eracle, Filottete and Medea are projected into the contemporary world and identified respectively with a separated parent, an incurably ill abandoned person and a foreign prostitute.

The trilogy is a political art action that crosses the city and accompanies spectators to places of marginalization, illuminating corners of the urban landscape through the cone of light of Myth. 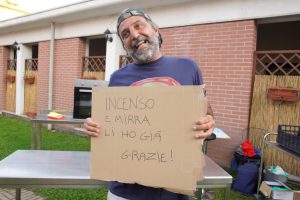 A disturbing parallelism between the classical hero, Heracles, divine in his proverbial strength, and a marginalised figure in contemporary society, the homeless. Christian Di Domenico plays the role of a separated parent and brings to the stage the economic, social and psychological hardships that have dragged him into the darkest despair. An immersive performance that, starting from myth and Euripides’ tragedy, comes straight to our days. 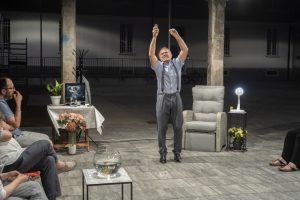 In Sofocle’ tragedy, Ulisse returns after ten years to look for Filottete, left alone on the island of Lemnos after seriously injuring his leg. For the Teatro dei Borgia, the contemporary PhiloFilottetectetes we have to deal with is a sick person suffering from a neurodegenerative disease and left alone in a nursing home. Daniele Nuccetelli gives body and voice to the feelings of someone who, in a situation of great suffering, is left to his own devices, staging a delicate and complex theme that touches on the family realities of today. 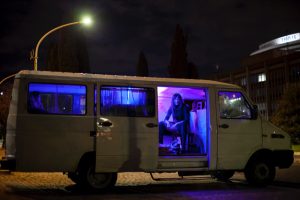 This is the tragedy of the foreigner, reinterpreted through the strength of the myth of Medea interpreted by Elena Cotugno. The performance tells the story of a woman who escaped from her own country, arrived in Italy and ended up as a prostitute for the love of a man with whom she has two children. As with Medea, hope, love and faith in a better destiny are extinguished in an obsessive despair that culminates in a tragic epilogue.


On these dates the performances can be enjoyed in succession in the Trilogy formula.
The route, lasting a total of 3 hours and 30 minutes, is reserved for 7 spectators only.
To take part, reservations must be made at biglietti@zonak.it 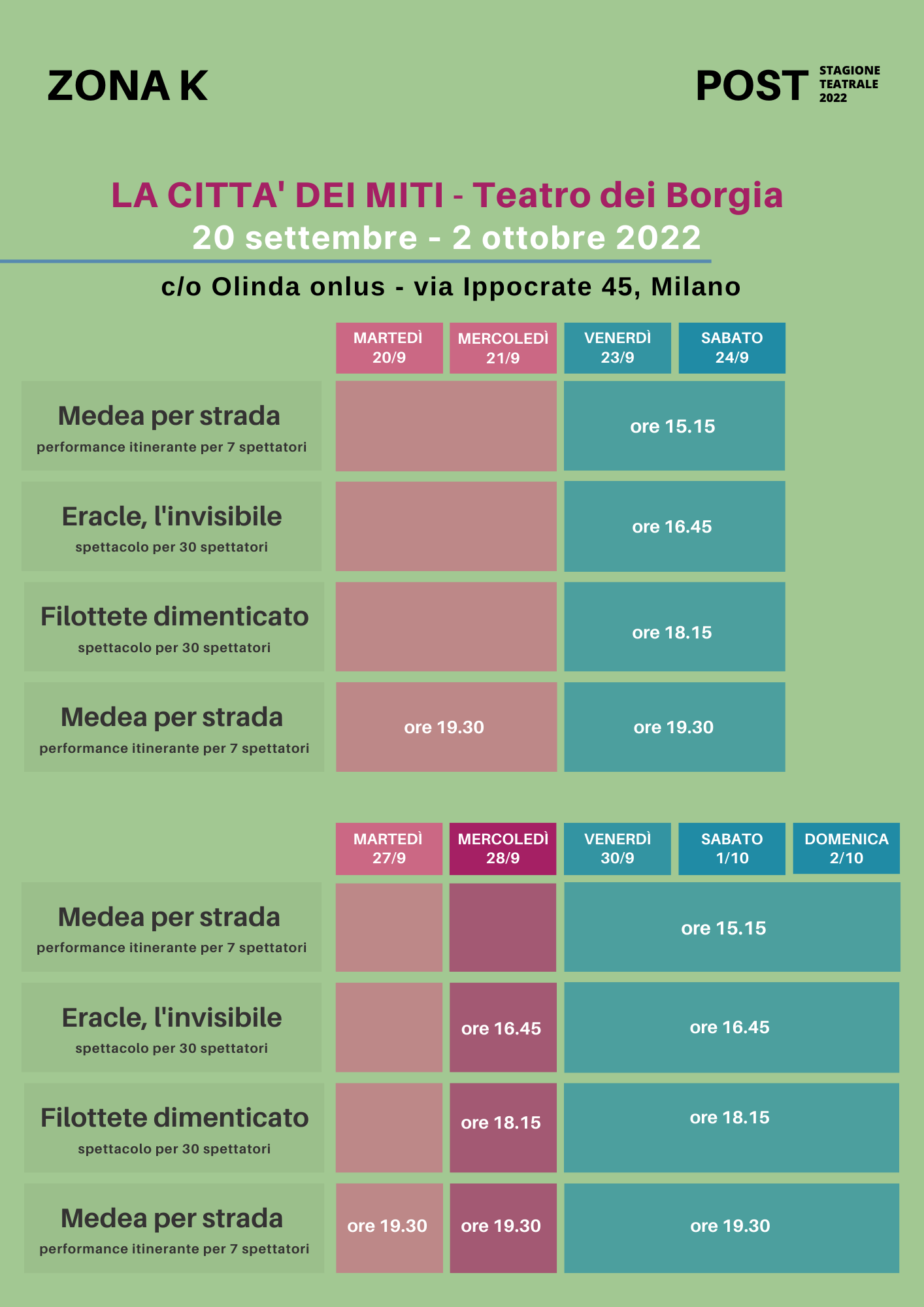 COME
HOW TO
In order to participate in the CITTÀ DEI MITI, membership of ZONA K is compulsory. The request must be sent online simultaneously with the purchase of tickets. The membership card will be issued free of charge c/o Olinda onlus on the evening of the performance together with the tickets purchased.

The performances can be seen individually or in the Trilogy formula.

COMPULSORY BOOKING ON biglietti@zonak.it
Trilogy: € 24.00 to be paid in advance by bank transfer

Teatro dei Borgia is a theatre company founded by Gianpiero Alighiero Borgia and Elena Cotugno based in Barletta. Gianpiero Borgia is director, theatre actor and co-director of Teatro dei Borgia. Over the years, in addition to having signed numerous shows, he has worked as an acting coach and created and directed numerous workshops and cultural projects. Elena Cotugno is an actress, theatre author and co-director of the company. Her training is defined as nomadic and international: in 2007 she attended a course at the London Academy of Music and Dramatic Art (L.A.M.D.A.). Since then he has continued his training, researching with the masters Jurij Alschitz and Anatolij Vasil’ev and also beginning his first collaborations with Gianpiero Borgia. He is twice, in 2017 and 2019, a finalist for the Ubu Prize. In 2021 he received the Le Maschere del Teatro Award as best emerging actor/actress.