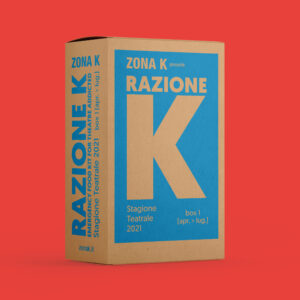 The show is canceled, according to the regional ordinance of 04/03/20

Nauru is a small island-state in the Pacific Ocean, once known by European explorers as “Pleasant Island”. The history of this island can be seen as a parable of our times. After the exhaustive exploitation of the island’s vast underground phosphate resources, both under Anglo-Australian rule and after its independence in 1968, the island was left in total economic and ecological ruins.

Today Nauru hosts refugee detention centres from which you cannot escape in exchange for big sums of money from Australia. Meanwhile, the island risks to be swallowed by the ocean as a result of the rising sea level.

It is in this post-apocalyptic scenario that the documentarians Silke Huysmans and Hannes Dereere meet the limitations of a world that is intent on endless growth. Drawing on interviews and conversations with the island’s residents and refugees, they seek new perspectives.

What future is there in a place that is exhausted in terms of ecology, economy and humanity? And how do we deal with the gloomy predictions that seem to wait for us?

presented in collaboration with Fattoria Vittadini

Part of the subscription shows

The work of the young playwriters Silke Huysmans and Hannes Dereere is based on concrete situations, events or places that represent a broader topic. What characterises the duo is how they carry out their research through scientific examination, interviews and fieldwork. After finishing their studies in Gant in 2013, they started working on documentary theatre. In their critically acclaimed Mining Stories (2016), they explored the impact of a recent mining disaster in southern Brazil. The next projects will be produced by CAMPO, with the support of Pianofabriek, KAAP Bruges, Kunstenfestivaldesarts and Beursschouwburg Brussels.