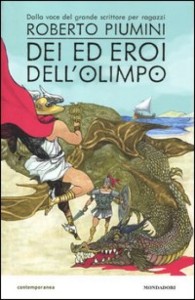 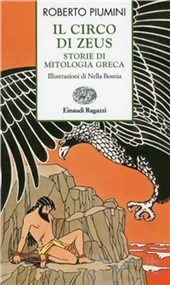 Why do ancient myths exert such a fascination on us?
Why do they continue to be reworked by artists to speak of the present?
Thoughts and words on myth, reality and the present time.

Giorgio Barberio Corsetti, director, author and actor, founded his first company, La Gaia Scienza, in 1976, before disbanding it in 1984 to create a new group that would bear his name. In 2001, Giorgio Barberio Corsetti’s theatre company took on the name Fattore K, which it still retains today.
Directing plays and experimenting with the use of video in theatrical dramaturgy is one of the characteristic traits of Giorgio Barberio Corsetti’s theatre, which can be found as a hallmark of many of his shows.
Memorable works remain, such as La camera astratta in collaboration with Studio Azzurro, Descrizione di una battaglia, America, L’Histoire du Soldat, and then Il Processo, La Tempesta, Woyzeck, not to mention the countless productions on the international opera scene.
Moreover, since 1996 Giorgio Barberio Corsetti has been bringing to the stage texts dating back to mythical epics from the classical and Nordic or Oriental traditions. He has directed and rewritten or adapted numerous plays in this vein: La nascita della Tragedia opera pervaded by Greek myths; Notte, taken from the sacred texts of Indian mythology; Graal, from the chivalric tradition; The Metamorphoses, Of Animals, Men and Gods, Paradise and Argonauts from ancient classical writings, The Colour White, on the background of Nordic myths, Dionysus Born Thrice, Dionysia, Between Earth and Heaven, up to the more recent Nineteen Mantras on some ancient mantras of Indian religious tradition, and the very recent The War of Kurukshetra, an adaptation of the rich Indian poem Mahàbhàrata.
Much more could be said about the Artistic Directions undertaken by this versatile artist of the scene, from the Theatre Section of the Venice Biennale to the dance and theatre sections of the Auditorium-Parco della Musica in Rome, as well as the stages that have seen his creations: from Avignon to St. Petersburg and from Paris to Singapore.

Martina Treu has a degree in History of the Theatre and Ancient Dramaturgy, a PhD in Classical Philology, and an interest in the History of Greek and Latin Theatre. She is currently a researcher of Greek Language and Literature at IULM University, where she was responsible for the Dionys Project and the Theatre, Culture, Tourism and the Mediterranean Project, and for the Training sector of the Mediteatri.pa project (Formez).
She has edited publications and worked as scientific-organisational secretary for various Italian and foreign theatres and festivals, and has collaborated with various Italian directors, the Piccolo Teatro Studio and the Venice Biennale – International Theatre Festival. She regularly writes for the magazines Hystrio and Stratagemmi. Prospettive teatrali and is responsible for the News section of Dionysus Ex Machina.it.

Lia Del Corno born and lives in Milan. She translates from French, English and German and writes for Adelphi, Garzanti, Mondadori and RCS Libri, but above all she has worked in the theatre and edited the cultural programmes of the Piccolo Teatro in Milan, Franco Parenti and the Teatro Popolare in Rome. She was the one who came up with the idea of the lessons/shows, which she promoted with energy and enthusiasm. At present, she continues to work as a translator; she writes librettos for operas dedicated mainly to young people, and does some set design and costume design.