Etymologically the answer is easy, something that comes later in time or conceptual terms. The society we live in seems to be an endless catalogue of posts. We are in a post-democracy, citizens are post-materialist, capitalism has become post-capitalism, not to go into the more complex and philosophical definitions of post-structuralism, post-modernism and deconstructionism. Even the very concept of truth can no longer be separated from post-truth, voted by the Oxford Dictionary as word of the year for 2016. Everything is questioned, reconsidered, studied in its continuous evolution. It is as if certain principles and doctrines, which formed the basis of a certain culture in the second half of the 20th century, can no longer keep up with the times without having made room for a new political, cultural and social sensibility. Is it fair to ask whether a new progressive culture is possible for the 21st century? Is politics capable of formulating a new, compelling vision that (re)brings people together and is not just an expression of power?

We are not in a position to give answers, for us POST is still the time of questions that every change brings. It is the moment we find ourselves living. The ‘after’ of which the contours are not yet clear. It is not the criticism or the overcoming of what we have done and experienced so far, it is the time of uncertainty, of the need to reconsider positions and choices made so far without fully seeing the next step. It is more than a season’s headline, a well-crafted claim by a good copywriter. It is our present that we continue to look at with an artistic and political eye. It is looking for a new position, finding a new balance between creativity and proximity, between artistic research and audience engagement, between relationships and growth. POST is the start of a new path of openness, a broader view, reflections and comparisons. It is a stimulus for other thoughts, not necessarily our own.

And in this reservoir of suggestions, we started to measure ourselves with new possibilities, parallel actions, not substituting but complementary to the presentation of a theatre season. The first step was to call Jens Hillje as visiting dramaturg. A leading figure of European theatre, Golden Lion for Lifetime Achievement in 2019, Hillje has accompanied months of reflection and will be dramaturg of the new production of ZONA K that will be staged in November.

Therefore, the necessary awareness has matured – this is political and social – not to give up the centrality of people, whether they are spectators, artists, non-professionals, workers, students. Participatory and urban shows, productions and co-productions that arise from the direct involvement of citizens, training of younger targets, storytelling of artistic processes, meetings with artists, networks with other theatres thanks to common visions and synergic work, are all elements of the same puzzle that will be built in future years.

In this outlined framework, enclosed in the POST hat, Gob Squad and their latest production find their place 1984: Back to No Future, a nostalgic and pop look at the past and the future; the shouted words of Pasolini brought to the stage by Anagoor, the old men in tights of Massimo Furlan‘s “Superman”, Mats Staub with the delicacy of his interviews; the urban shows of Elisabetta Consonni and Teatro dei Borgia; the new production Non siamo niente, saremo tutto by Jens Hillje and Alessandro Renda on the distortions of society that brings a chorus of workers on stage, to close with a participatory performance on contemporary activism by Dreams Come True, Hichmoul Pilon, anthropie, collettivo Siamo ovunque. Eight shows, eight complex projects to present and narrate.

To close POST is also – much more simply – “a communication tool, a textual message with the function of opinion, comment or intervention”. 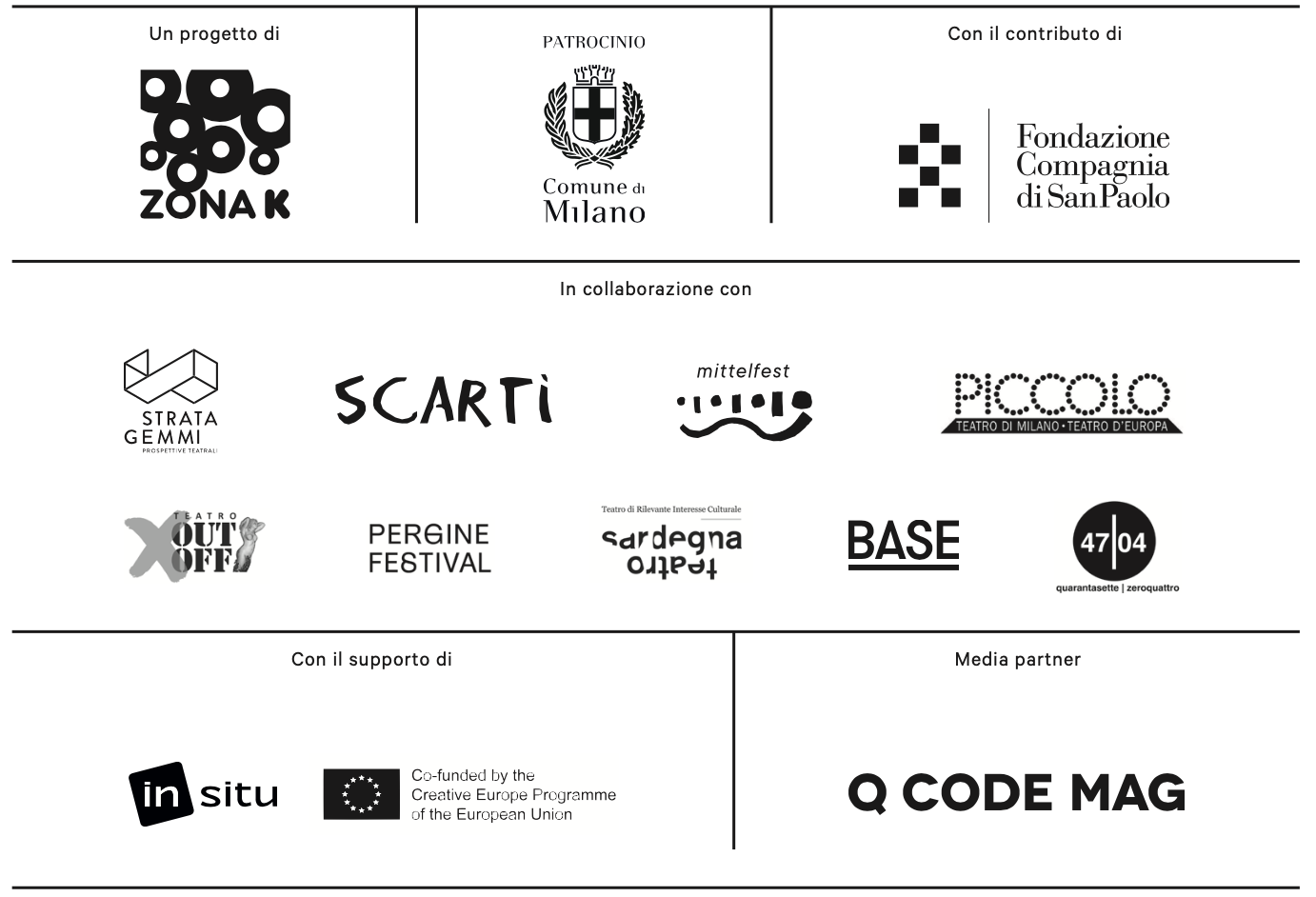