EUROPA! EUROPA! is the common thread running through the season. We must talk about Europe today. We feel it is more essential than ever to devote an entire year to a theme that affects us all closely and is redefining new political, economic, social and cultural geographies. We, who were born in Europe, who grew up with the idea, with the ideal of Europe, think it is right to talk about it again, and again, despite or precisely because it is at a fragile and complex moment. And we want to talk about that Europe which was born from the war, which grew up with the ideals of democracy, which is immobilized in the face of new scenarios that are difficult to predict, in the language that belongs to us.

We want to follow the flow of celebrations, anniversaries and commemorations – the so-called English re-enactments – that mark our time and our memory, but also imagine and invent possible scenarios. Because from Europe we have internalized the open borders, the cultural routes, the possible networks, and we can no longer do without them.

WAR, DEMOCRACY, URBAN and NOW will be the focuses that will decline our idea of Europe, today that Brexit is a reality, that populism is at the gates and with it thousands of people. The challenge is open, with all the risks that this entails.

With the 2017 edition, ZONA K’s theatre and multidisciplinary season reaches its 5th year of activity. An important anniversary for an activity that has grown fast, so fast that every now and then it overwhelms and surprises even us. An anniversary that we are happy to celebrate also thanks to the Sandra Angelini Prize awarded by Retecritica for the Best Organizational Project 2016.And thanks to the collaborations with old and new friends that this year allow us to realize a truly extraordinary season: C.L.A.P.Spettacolodalvivo, Danae Festival, la Casa della Memoria, Olinda, Stanze and Triennale Teatro dell’Arte. 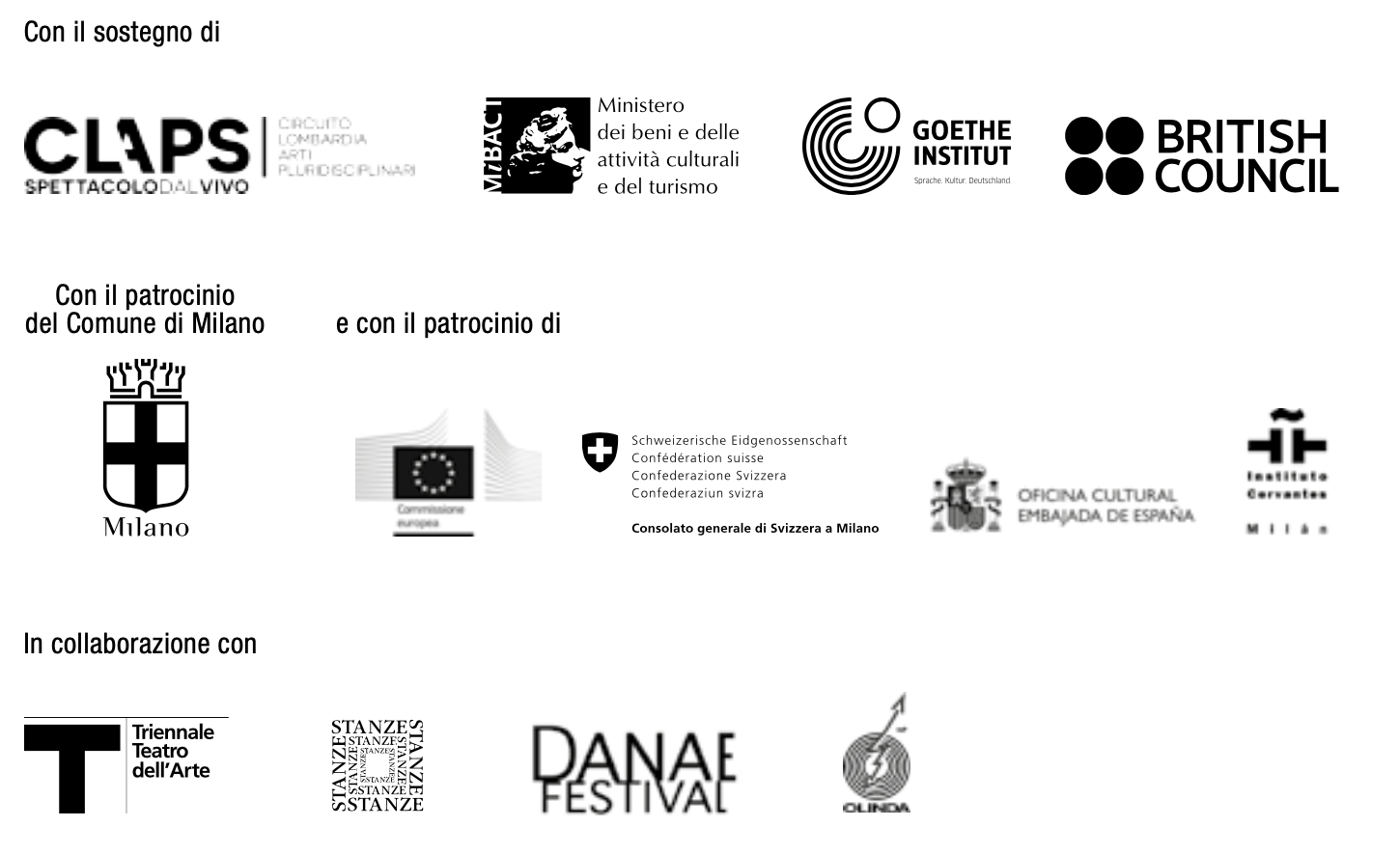